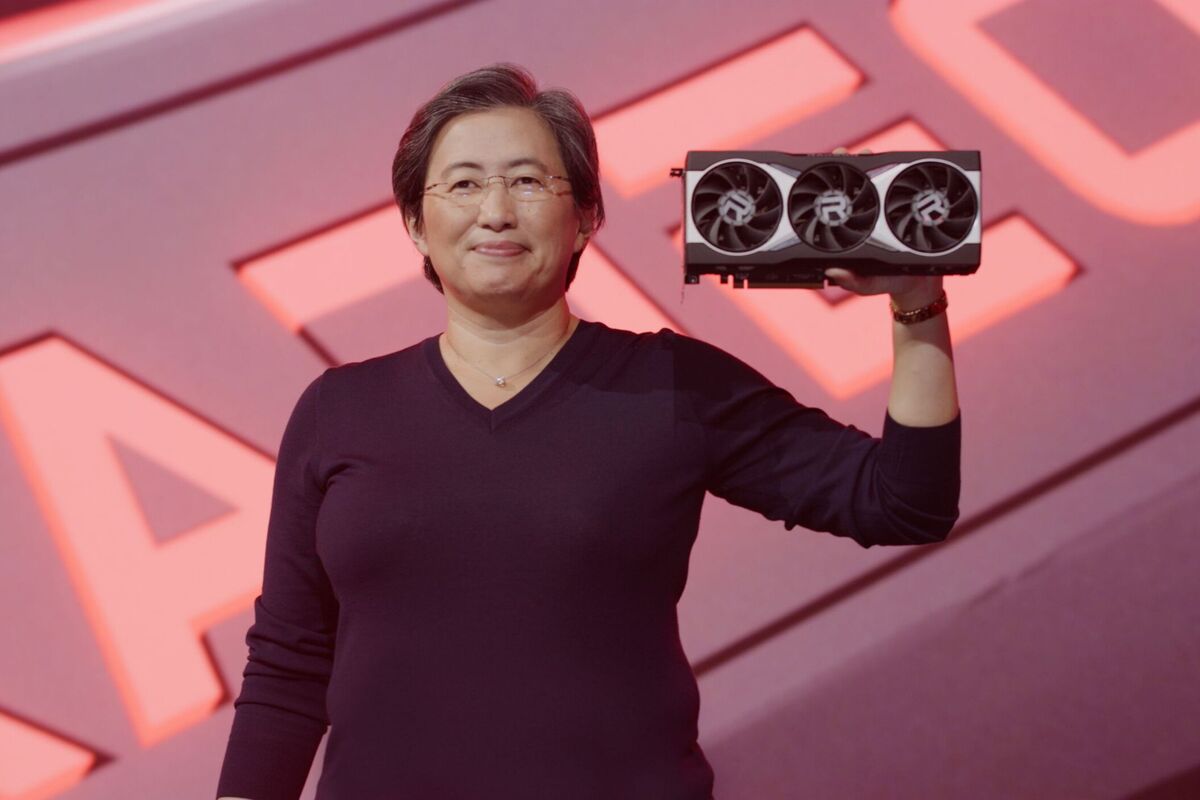 Today’s AMD event may have been Zen 3’s big reveal, but the company tossed a juicy bone to the Radeon faithful, too. After announcing the beastly Ryzen 9 5900X (among others), CEO Lisa Su then showed off gameplay footage of Borderlands 3 running on the CPU at 4K resolution with an undisclosed Radeon RX 6000-series graphics card. And yes, Internet, AMD’s “Big Navi” goes toe-to-toe even with Nvidia’s brutally fast GeForce RTX 3080.

The mysterious Radeon RX 6000 GPU averaged 61 frames per second even with the game running on its punishing “Badass” performance preset. Su also revealed that the Ryzen/Radeon combo hit 88 fps in Call of Duty: Modern Warfare (an Nvidia-partnered title) and 73 fps in Gears 5 on Ultra visual presets. AMD plans to announce the Radeon RX 6000-series “Big Navi” graphics cards formally on October 28 in a dedicated event.

In a call before the Zen 3 event, Radeon chief Scott Herkelman told me that AMD decided to tease Big Navi’s performance due to community demand for more information. It certainly was an eye-opening reveal.

Most importantly, Herkelman stressed that AMD didn’t state which Radeon RX 6000 graphics card ran these benchmarks. We don’t know whether these results come from the biggest Big Navi GPU, or a more modest offering. (Herkelman also said there’s still fine-tuning left to do before launch.) AMD’s Ryzen 9 5900X, the CPU used for the tease, also hasn’t been tested by independent reviewers.

Processors largely aren’t a performance limiter at lofty 4K resolutions, but as we showed earlier, they can affect performance results. That means that pitting AMD’s benchmarks against Hexus and Eurogamer’s is not a straightforward apples-to-apples comparison. It’s also worth noting that all three games that Su showed off in the Radeon RX 6000 teaser run on DirectX 12, rather than the more common DX11 graphics API.

Nvidia’s new “Ampere” GPU architecture inside the RTX 30-series delivers its best performance in modern APIs like DirectX 12 and Vulkan. Ampere also scales very well at ultra-high resolutions, where the insane number of shader cores inside these GPUs can flex their muscles without being constrained by other parts of the architecture. (Perhaps that’s why Nvidia marketing focused on 8K gaming performance with the GeForce RTX 3090.) The RTX 3080’s gains over last generation’s RTX 2080 Ti slim down significantly when you move down to 1440p resolution, as our own RTX 3080 review benchmarks showed, and Hardware Unboxed aptly explained. Other parts of Ampere become the bottleneck below 4K.

RDNA 2—whose high-end iterations have been informally dubbed “Big Navi”—addresses both of those, on top of delivering another 50 percent performance-per-watt increase, AMD says. AMD already confirmed that the new graphics cards will also support real-time ray tracing, just like the next-gen Xbox Series X and PlayStation 5 consoles also built with RDNA 2.

How Radeon RX 6000 graphics cards handle real-time ray tracing will matter. Nvidia’s RTX GPUs render the strenuous cutting-edge lighting technology by offloading a lot of the work to dedicated hardware—RT cores that calculate bouncing light rays, and tensor cores that “denoise” the final image. That specialized hardware takes precious die space within Ampere. Microsoft already confirmed that the AMD chip inside the Xbox Series X will also use some sort of hardware acceleration for ray tracing, but the specifics will make a difference in the PC version of RDNA 2.

If AMD’s ray tracing solution doesn’t take as much on-die space as Nvidia’s, that leaves the Radeon cards more room to cram in traditional rendering hardware—shaders, ROPs, geometry pipelines, et cetera. And if AMD can indeed load up Big Navi with more of that traditional hardware—especially now that CDNA’s arrival means AMD can jettison compute-specific extras from RDNA to focus squarely on gaming—it could indeed potentially bring a big fight to Nvidia, and perhaps even more so at the more common resolutions, where Ampere’s scaling isn’t quite as potent.

Or maybe not. We won’t know for sure until Radeon RX 6000 graphics cards are actually in our hands. These initial 4K numbers from AMD look very promising, though.

Enough game theory. You’ve been asking to see how well Big Navi hangs with Nvidia’s GeForce RTX 3080, and AMD delivered Radeon RX 6000 benchmarks today. Big Navi looks pretty monstrous, far more capable than anything Radeon has delivered in recent memory, and potentially just as fast as Nvidia’s new gaming champion. But now that we’ve seen some numbers, we’re left with far more questions than before. One thing is certain though: Given Nvidia’s ongoing stock woes with the RTX 3080 and 3090, AMD just gave frustrated enthusiasts a good reason to wait and see what Radeon RX 6000 graphics cards are capable of.