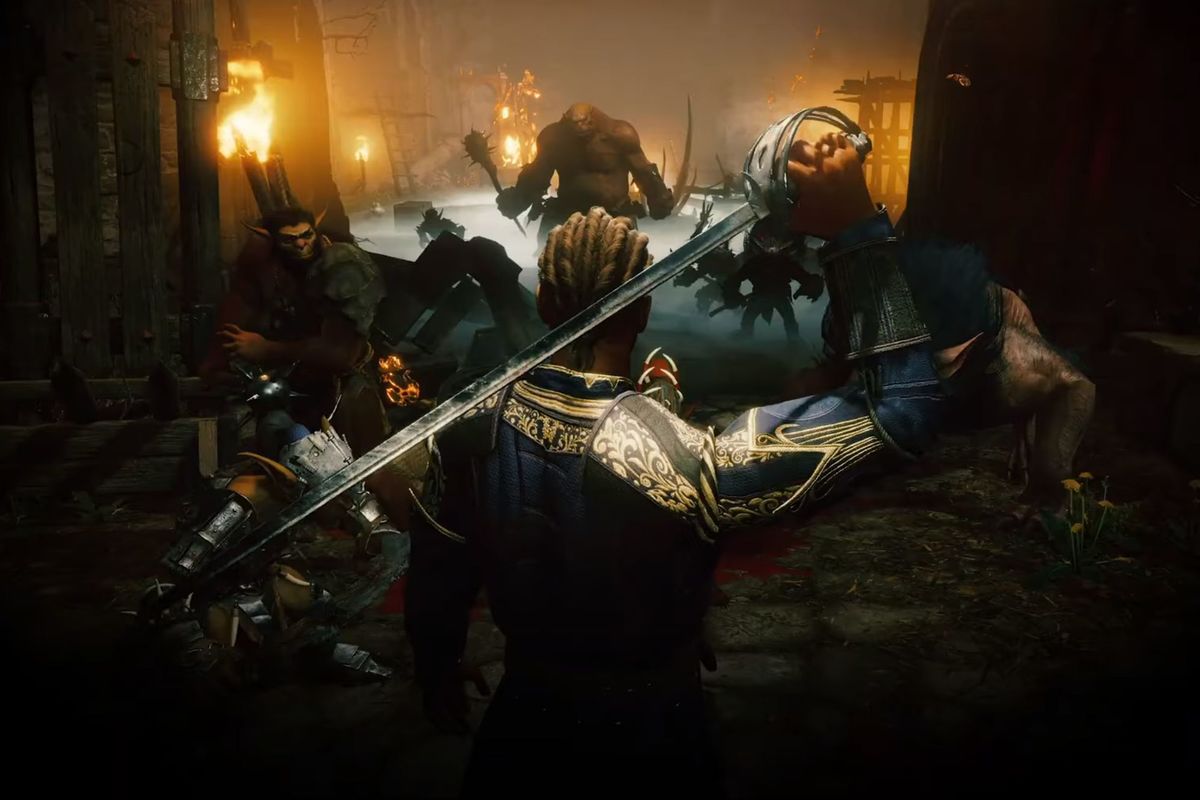 Here we are on fake-E3 day…three? Five? I’ve sort-of lost count. After this week’s IGN showcase and PlayStation 5 reveal, today we have a double-header, with both the indie-centric Guerrilla Collective and the PC Gaming Show dealing up trailers back-to-back. A lot of trailers. So many trailers. Too many trailers?

Ah, no such thing I suppose. We’ve pulled out the games we’re most excited about from the Guerrilla Collective showcase. You’ll find trailers for those below, including games you’ve almost certainly heard of (like System Shock and Baldur’s Gate III) and those you almost certainly haven’t (like Lake). Better yet, you can try demos of many of the games revealed today on the Guerrilla Collective hub on Steam.

The show kicked off with a game I thought we might never see: Night Dive’s System Shock re…make? I think “remake” is where they settled, or somewhere between a remake and a remaster? I don’t know, development’s been very troubled on this one. But hey, we’re at the “trailer at a press conference” stage now, so theoretically this one’s finally on its way, and it looks pretty okay-ish!

There’s something about the color scheme here that reminds me of Tales from the Loop. It’s a strange point of reference as Roki doesn’t seem to have any hulking robots in it. It has a hell of a lot of monsters though. I’m particularly captivated by the giant wolf lolling on top of a mountain. That shot’s in the trailer for maybe a second, but it was enough to grab my attention.

In the vein of bucolic work sims like Euro Truck Simulator, Lake appears to be a game about delivering packages for the postal service. There’s seemingly a story as well, but I saw the lady driving the mail truck and thought “Yup, this is for me” before even seeing her chatting with the locals. I am going to drive that truck so well. Bonus points if I have to abide by traffic laws.

It’s Trials. You ride your bike off jumps, you try not to crash. Did a few enterprising developers finally get sick of the growing grind in Ubisoft’s actual Trials games and just decide to make their own version? Because that’s what it feels like here.

Larian is set to show a lot more of Baldur’s Gate III this week as part of D&D Live on June 18, but we got a brief tease here. Very brief, and mostly featuring footage we’ve seen before. The big news though is that we have a date for Early Access: August…maybe. Larian’s Swen Vincke showed up after the trailer to say the pandemic may or may not push that date back. Hopefully not, because I’m looking forward to playing this one for myself.

Safe to say West of Dead has missed its “spring” target at this point, right? A shame, because this Ron Perlman-narrated twin-stick shooter looks stylish as hell. Or maybe that’s stylish as purgatory? In any case, June 18 is the new release date.

You know what I love about shows like this? You go straight from Baldur’s Gate III to West of Dead to…Dwarf Fortress. The famously complex sim is finally coming to Steam this year, which should make more people aware it exists. And that’s great, because Dwarf Fortress is a uniquely PC game, even with the upgraded art. I’m not even sure the developers know everything that can happen in Dwarf Fortress anymore. It’s equal parts magical and mysterious, and while I miss the old ASCII art, I’m still pretty damn excited to have an excuse to plow more hours into the Steam version.

“Mankind is dead. Blood is fuel. Hell is full.” What a way to start the Ultrakill trailer. New Blood’s carved out a niche publishing retro shooters, and Ultrakill is very much in that vein. I guess you’d say it’s New Blood’s Doom equivalent? But Doom never looked quite this stylish.

Fights in Tight Spaces looks a lot like John Wick Hex, and that’s not a bad thing. It’s a tactical brawler, and I guess the key difference is your moves are governed by cards, which seems like it’ll force you to adapt to situations and think three or four steps ahead. Very intriguing, and the Superhot art style doesn’t hurt either.

This trailer made me laugh from minute one with that “Hideo Kojima, please unblock my number” gag. Pan up to a nude man hugging a sausage, surrounded by dead fish, and I think it’s safe to say we have a game of the year candidate. Just Die Already is described as an “old people mayhem sandbox” and I have no idea what that means and so much desire to find out.