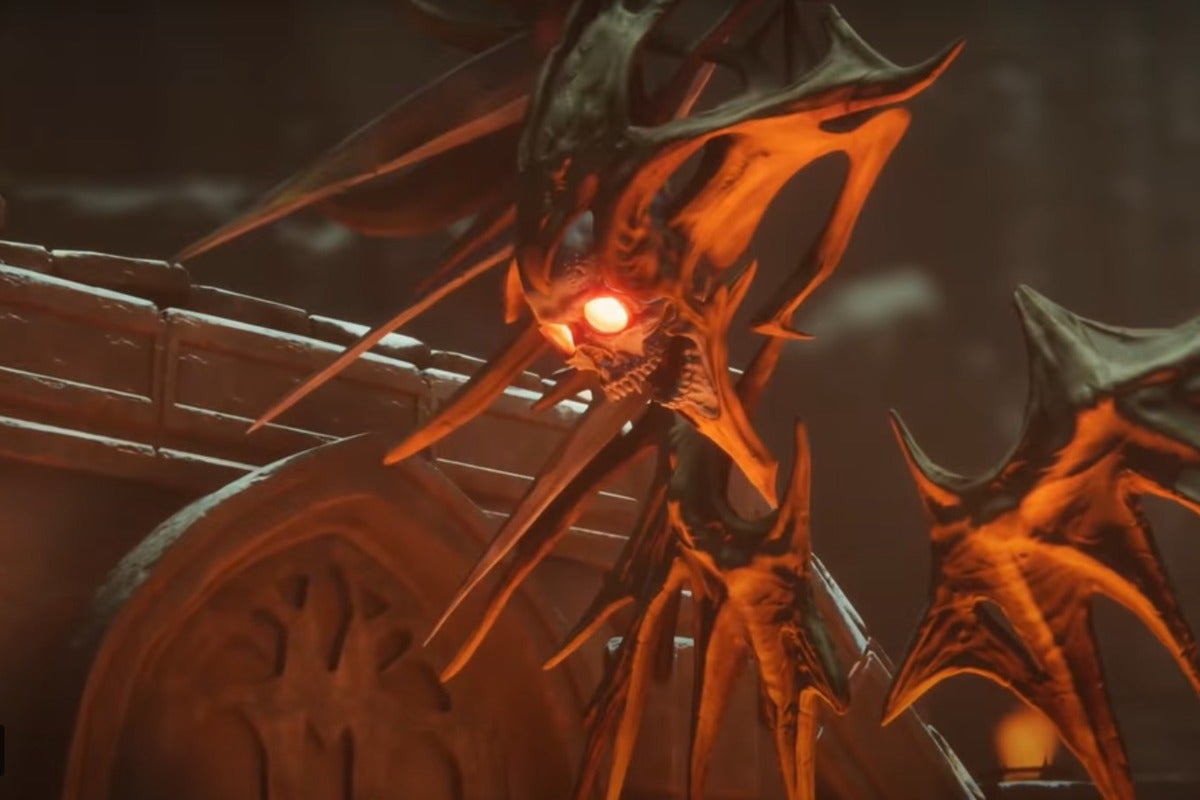 Once upon another lifetime, E3 would’ve been this week. We would’ve already seen the Xbox Series X in all its glory, would’ve sat through five or six press conferences full of game trailers, and we’d have a pretty good idea of what’s coming in November. Pour one out for the E3 2020 that might’ve been.

In this universe, E3 sort-of starts today with IGN’s debut Summer of Gaming expo. It’s not the most exciting of this week’s showcases, as Sony’s set to unveil the PlayStation 5 tomorrow, and the beloved PC Gaming Show (along with a metric ton of Baldur’s Gate III footage) is slated for Saturday. But hey, trailers for PC games like Wasteland 3, Mortal Shell, The Waylanders, Chivalry 2, and more. You’ll find all of today’s biggest announcements and trailers below.

Uh…I thought this was a Doom expansion until the title came up at the end. I mean, Doom doesn’t have a monopoly on demons and metal and screaming guitars per se, but it’s definitely strange watching this trailer. What doesn’t really come through with this trailer is the fact that Metal Hellsinger is a rhythm-based shooter. You’re not only killing demons, but killing them on the beat. It’s an idea that’s been tried and tried again, with middling results—but hey, I like music, and I keep hoping one of these will work.

It’s been a while since we’ve seen Chivalry 2. Torn Banner’s long-awaited sequel is still due to release in 2020, pandemic be damned. But will it find an audience? Last year I said Chivalry 2 felt a bit late, with breakout hit Mordhau stealing its thunder. Now even Mordhau‘s come and gone from the zeitgeist, so…we’ll see.

The Waylanders is the first pleasant surprise of fake-E3. The Steam page name-drops Dragon Age and that seems like an apt comparison—specifically the PC version of Dragon Age. The Waylanders blends behind-the-back exploration and tactical party combat, similar to Dragon Age, and that’s exciting. It’s an interesting and all-too-rare blend in modern RPGs. Look for The Waylanders to hit Steam Early Access on June 16, which is a scant few days from now. I’m looking forward to giving it a spin.

The Yakuza footage IGN showed was less a trailer, more an extended demo, giving us our first real glimpse of Like a Dragon‘s new turn-based combat. I still think I prefer the mindless brawling of the old games—mainly because combat is the most disposable part of the Yakuza games anyway—but I’m willing to give this a shot. Some of your party’s abilities look hilarious, at least. Now if only Sega would bring Yakuza 3-6 (and Judgment) over to PC…

Did I say it’d been a while since we saw Chivalry 2? Let’s talk about Beyond Blue, E-Line’s aquatic follow-up to Never Alone. I first previewed Beyond Blue at PAX 2018, and I don’t think I’ve seen it since. We won’t be waiting too much longer though, with this part-game-part-whale-documentary due to release—wait, tomorrow? See you under the sea, I guess.

Wasteland 3 was supposed to be one of this spring’s big RPGs, back when we thought games would release in the spring. Now it’s due on August 28, which means we get one last round of trailers. I’m sure we’ll see more of this during the PC Gaming Show and Microsoft’s own July showcase, but for now this trailer sets the scene for our upcoming Colorado adventures.

Observer is my favorite of Bloober’s games, a horror-adjacent cyberpunk story that did a lot with its limited budget and setting. I’m glad Bloober’s getting a chance to revisit and upgrade it, even if it seems a bit soon to remaster a game from 2017. If it paves the way for Observer 2 though, well, I’ll take it.

If you’ve been waiting for Dark Souls 4, get ready for Mortal Shell I guess. From Software might be done with the Souls series, but developer Cold Symmetry seems to have picked right up where From left off. Mortal Shell isn’t like Nioh or Ashen, taking From’s ideas and translating them to a new setting and style. It’s a carbon copy. Even the typeface looks straight out of Dark Souls.

That might appeal to people looking for another Dark Souls game—or it might set Mortal Shell up for failure. It’s hard to tell. Plenty of developers have invited comparisons to Dark Souls, and few have lived up to those comparisons so far. We’ll see where Mortal Shell lands.