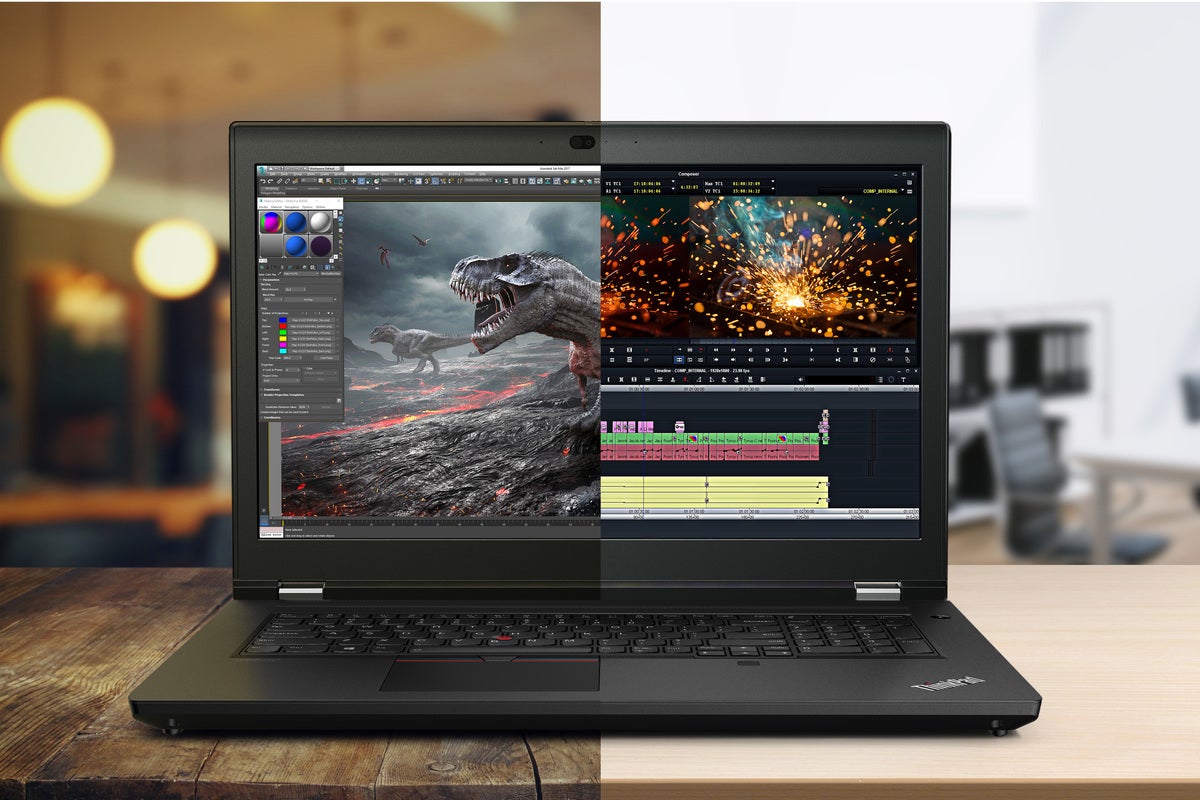 Lenovo’s touting a new Ultra Performance Mode for both the P series as well as the ThinkPad X1 Extreme, which will allow users to “take full control of their performance settings” by dialing up the settings to “peak performance.” It’s not clear whether Lenovo’s providing its own hooks into Windows’ performance controls, or if this is a true overclocking capability. Lenovo’s definitely allowing the system to bypass the traditional limitations on fan noise and temperature, however, pushing the system to its limits.

“Enabled by default as a setting in BIOS, Ultra Performance Mode relaxes restrictions on acoustics and temperature, tapping into the full potential of the GPU and CPU, and leveraging an improved thermal design to maintain the integrity of the machine and deliver increased performance,” Lenovo said.

The ThinkPad X1 Extreme Gen 3 carries over the 15.6-inch display from its predecessor (presumably with a 4K option), as well as Intel’s vPro technology, allowing the laptop to be managed by an IT admin.

Lenovo’s ThinkPad X1 Extreme Gen 2 earned 3.5 stars in our review, marred slightly by poor battery life and graphics performance that lagged behind that of rival laptops. Lenovo’s taken steps to overcome the latter shortcoming, at least: The integrated GeForce 1650 Ti should top the previous model’s GTX 1650 graphics by a small amount.

Intel’s 10th-gen H-series CPUs are still fabricated on a 14nm process technology, however, which implies that the battery life won’t change much. Lenovo still claims that it’s the most powerful X-series laptop it’s ever offered.

We don’t know too much about its specifications, but the ThinkPad X1 Extreme Gen 3 features an optional 600-nit display, up from the 500-nit option offered on the second-generation device. Intel’s 10th-gen platform typically offers Wi-Fi 6 capabilities, and that’s included, along with the option of CAT16 LTE-A. Modern Standby is enabled, allowing to it remain connected in standby mode.

Lenovo said that the ThinkPad X1 Extreme Gen 3 will ship in July, for an undisclosed price.

Both laptops now include a daughtercard design rather than a soldered layout, permitting four times the configurations compared to before. They include Nvidia RTX GPUs, which the new thermal design allows to draw more power: 90W in the P15, and 110W in the P17.

Additional features will include a new 94WHr battery and up to 4TB of storage, plus up to 128GB DDR4 of memory and UHD Dolby Vision HDR displays. All four are common to both machines.

Lenovo’s ThinkPad P1 Gen 3 will ship in July, priced from $2,019. It, too, is a 15-inch workstation, though part of what Lenovo refers to as a thin-and-light option. Options include LTE, and a 600-nit display with anti-smudge coating to reduce fingerprints.

ThinkPad P15v debuts at a budget

Lenovo’s ThinkPad P15v is a new addition, Lenovo said, a 15-inch mobile workstation priced more affordably at $1,349 when it goes on sale in July.

The P15V includes Intel’s H-series processors, but also the Nvidia Quadro P620 GPU—typically considered to be an entry-level GPU. It too, will boast a 600-nit display.