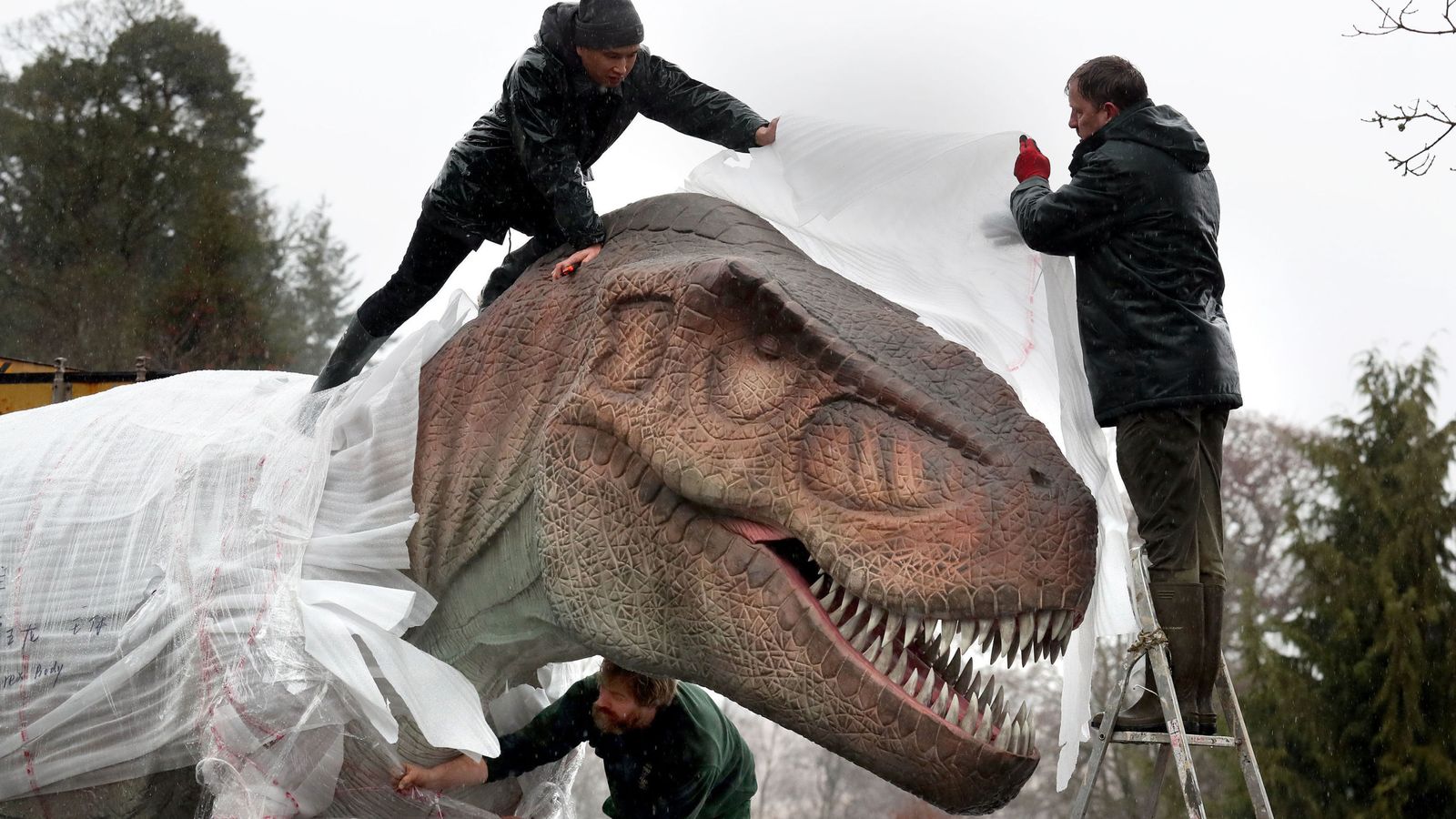 Dozens of life-size dinosaurs which roar and have realistic skin have arrived at a safari park to form a new permanent exhibition.

More than 20 models, including velociraptors, a diplodocus and a T-Rex with a “terrifying roar”, will be installed in a 1,000 square metre area of woodland at Blair Drummond Safari Park near Stirling.

The permanent attraction has been created to mark the safari park’s 50th anniversary.

The dinosaurs – which are controlled with infrared sensors and have a range of noises and movements including blinking eyes, stomach breathing and body and head movements – have been specially made for the safari park.

They are constructed with steel frame and have realistic silicone skin.

He continued: “They’re so life-like and we cannot wait to unveil them to visitors.

“The largest dinosaur is a 21-metre diplodocus, but the wow factor is the iconic T-Rex with its terrifying roar.

“The new exhibit brings to life these fearsome predators and giant herbivores and offers dino fans of all ages the opportunity to come face-to-face with their favourites.”

World of Dinosaurs is part of a £1m upgrade to the park which has also included the installation of new barbecue areas, and a indoor picnic and venue space.

Entry to the dinosaur area is included in the price of admission to the safari park and is free for members.