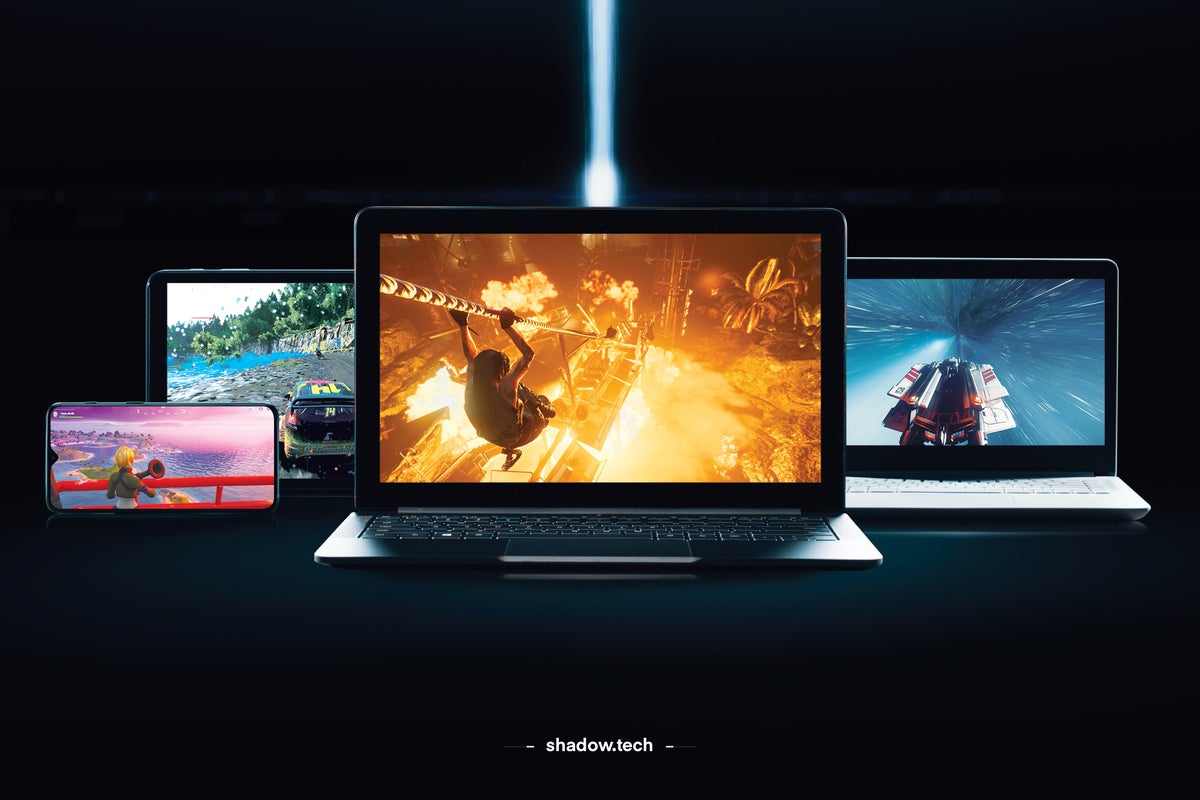 Shadow, the cloud-based PC gaming service that’s been trickling into the United States since early 2018, is leveling up hard now that Nvidia’s rival GeForce Now has launched. On Thursday, Shadow revealed much cheaper pricing, much more powerful hardware options, an overhauled interface for TVs and mobile devices, and—get this—an initiative to drive latency-sensitive virtual reality experiences from the cloud. Wow. Better yet, while publishers have been yanking their games from GeForce Now left and right, every game you own works just fine on Shadow.

That’s because unlike GeForce Now, which wraps its service in a customized launcher devoted to games cached on Nvidia’s servers, Shadow’s renting out full-blown virtualized Windows 10 gaming PCs in the cloud. You’re getting the full desktop experience, and can run tax software, Photoshop, or video capture tools just as easily as you can cutting-edge PC games. While GeForce Now is essentially like running the games you own on a virtual PC in the cloud, Shadow is exactly that. That makes it less seamless as a pure game launcher, perhaps, but much more versatile.

France-based Shadow launched in the United States in California alone before slowly spreading across the country, and it came with a chest-clutching price of $34.95 per month. On Thursday, the company announced that it’s finally available throughout the continental U.S., spearheaded by a “Shadow Boost” tier that costs just $11.99 per month. That’s less than the price of a standard Netflix subscription, albeit more than Nvidia’s $5 introductory price for GeForce Now.

Your money grants you access to some powerful virtualized hardware. Shadow Boost accounts come with the equivalent of a GeForce GTX 1080 graphics card, a four-core 3.4GHz CPU, 12GB of RAM, and 256GB of storage space, with the ability to buy more capacity at $3 per 256GB. That’s outstanding value for a rig capable of playing virtually any game with few visual compromises.

You can install whatever you want on your dedicated storage space. While GeForce Now caches games on its servers for virtually instantaneous installation, Shadow doesn’t, so you’ll still need to wait for software to download onto your cloud rig. That said, the approach also helps Shadow circumvent the mass exodus of publishers that’s plagued Nvidia’s service.

Shadow Boost is immediately available. Two more powerful tiers will be “offered to a limited number of users this summer before wider availability later this year.”

Shadow Ultra targets people who want an even better gaming experience, upping the graphics output to the equivalent of a fierce GeForce RTX 2080, complete with ray tracing capabilities and the ability to play games in up to 4K, though you may need to tweak some visual settings in especially grueling titles. The processor and RAM upgrade to 4GHz and 16GB, respectively. It’ll cost $25 per month.

Finally, a new $40 Shadow Infinite tier was created for people who need top-end hardware to run multiple tasks, such as game streaming or other content creation. This beastly setup offers Nvidia’s high-end Titan RTX graphics card, paired with a 4GHz processor, 32GB of RAM, and a full terabyte of storage space, with the option to rent more in those 256GB chunks at $3 a pop. This potent setup could appeal to an audience beyond PC gamers, too. Hardware this powerful doesn’t come cheap.

That’s all well and good if you plan on using Shadow from an existing PC or Mac. But part of the cloud’s allure is its ability to cast your games to any device. Indeed, Shadow supports a wide range of other devices, and they’re getting an overhaul too.

Shadow on TVs, phones, and more

While Shadow on the desktop treats you to a basic virtual desktop experience, the newly streamlined apps for Android devices and television sets hew closer to GeForce Now’s approach, because running a Windows 10 virtual PC in your hand sucks.

Shadow’s new apps were designed to place your games front and center. They scan for games you’ve installed on your cloud PC’s storage drive, then present those games in-app in a custom interface optimized for touch or gamepad use, depending on whether you’re using your phone or a television.

As part of today’s announcements, Shadow revealed that LG has taken equity in the company as a “strategic partnership,” so we’d expect these apps for non-PC electronics to keep getting better. LG makes a lot of phones and TVs, after all.

Shadow also hopes to bring VR to the masses via the cloud, in a bit of news that made me raise an eyebrow when I heard it.

Later this year, the company plans to launch a community beta that allows gamers to play virtual reality games, negating the need for a powerful local PC. It feels like an ambitious endeavor: Cloud gaming’s Achilles heel has traditionally been higher-than-usual latency, while virtual reality games are especially sensitive to that—if things go wrong, players could end up nauseous or worse, while their brains freak out over stuttering images and slower-than-expected responsiveness.

The company thinks its upgraded infrastructure—which helped enable today’s expansion throughout the continental U.S.—is up to the task, however, and it performed well in our testing two years ago. But Shadow’s Florian Giraud tells me that the VR Exploration Program will initially be restricted to people playing under optimal conditions. The initial proof-of-concept beta is expected to be limited based on criteria such as your distance to a Shadow data center, and whether you have fiber Internet. Eventually, the company plans to relax the requirements.

All in all, it sounds like an exciting upgrade for one of cloud gaming’s pioneer services. Head on over to Shadow’s website if you’re interested in checking out Shadow Boost yourself at the new, much lower price. The company gave us access to an account, so stay tuned for our impressions.