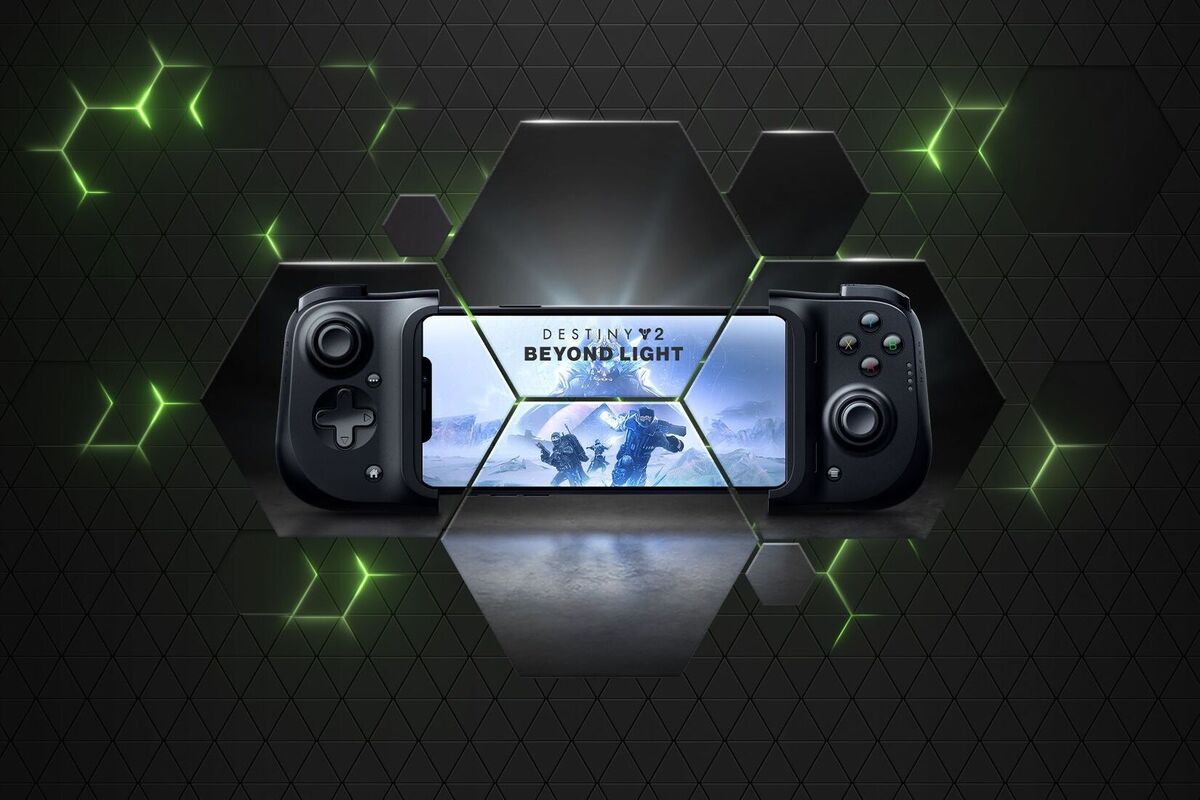 The whole point of Nvidia’s superb GeForce Now is to let you stream your PC games from the cloud to any device you want. Now the service is spreading its wings even further. On Monday, Nvidia announced that GeForce Now will land on iPhones and iPad on November 19, and beam games directly to Google’s Chrome browser starting in the first quarter of 2021.

And get this: GeForce Now’s arrival on iOS means that Fortnite will soon return to iPhones, too.

Both sneak in through the same semi-sanctioned almost-backdoor: your browser. Fortnite disappeared from the App Store over the summer as Epic launched a high-profile lawsuit targeting Apple’s hefty 30-percent tax on digital apps and games. Likewise, Apple has proved resistant to allowing game-streaming services like GeForce Now, Microsoft’s xCloud, and Google Stadia into the App Store for arcane, seemingly anti-consumer reasons. So GeForce Now comes to iOS in the form of a progressive web app accessible via the Safari browser, rather than a dedicated app for iPhone and iPads. Notably, Nvidia representatives said they were pointed in this direction by Apple itself.

Despite that limitation, Nvidia says GeForce Now for iOS still supports select Bluetooth controllers compatible with the service, and you can pin the GeForce Now website to your homescreen for easy access. That’s good, as GeForce Now requires a gamepad for iOS, as you can’t connect a keyboard and mouse to your iPhone.

You can play a lot of PC games with GeForce Now, too. After a turbulent start, Nvidia’s service switched to an opt-in method for game publishers. The company says that over 250 different studios now support the service, with over 1,500 instant access games available to stream and more added every Thursday. GeForce Now hooks into your Steam, Epic, and Ubisoft Connect accounts to let you stream the games you already own to supported devices, powered by Nvidia’s potent servers. As part of this announcement, Nvidia also unveiled that GOG.com games are coming to GeForce Now as well, starting with Cyberpunk 2077’s hotly anticipated December 10 launch.

Being able to stream full-fledged PC games to your iPhone—and perhaps more importantly, your iPad—will be a big deal for players like yours truly who disdain the microtransaction-infused, roadblock-filled world of mobile gaming.

Better yet, you can dip your toes in for free. GeForce Now supports a whopping 75 free-to-play games, including a number of the PC’s biggest hits: Apex Legends, Rocket League, Dota 2, Destiny 2, World of Tanks, League of Legends, Warframe, Path of Exile, and yes, Fortnite are just some of the games available via the service. (Nvidia has also been doing a stellar job of adding the Epic Games Store’s weekly giveaway games to GeForce Now.)

Fortnite won’t be immediately available, however. “Alongside the amazing team at Epic Games, Nvidia is working to enable a touch-friendly version of Fortnite, which will delay availability of the game,” the company told reporters. “While the GeForce Now library is best experienced on mobile with a gamepad, touch is how over 100 million Fortnite gamers have built, battled and danced their way to Victory Royale. The teams are looking forward to delivering a cloud streaming Fortnite mobile experience powered by GeForce Now. Members can look for the game on iOS Safari in the near future.”

The service also includes a completely free tier that lets you play as much as you want in one-hour chunks (with the ability to hop right back on). The premium “Founders Edition” subscription grants priority access and bumps your play sessions up to six straight hours. It also unlocks real-time ray tracing capabilities in games like Watch Dogs: Legion, Control, Metro: Exodus, Wolfenstein Youngblood, and Cyberpunk 2077 for $5 per month.

Safari isn’t the only browser getting GeForce Now. Currently, you need to use a launcher app to use Nvidia’s service on the PC or Mac. In the first quarter of 2021, GeForce Now will start streaming your games directly to the most popular browser in the world, Google Chrome, matching a key selling point for Google’s rival Stadia service.

Nvidia says that Google Chrome support will be based on the open WebRTC framework and will work in the same way you can already play GeForce Now on Chromebooks today. Simply fire up the browser, head to play.geforcenow.com, sign into your account, and start gaming.

That said, visiting that URL today in Chrome on Windows 10 allowed me to log into my GeForce Now account and start playing Rise of the Tomb Raider in mere seconds, so the functionality might already be active for you even if the official launch is months away. We’d expect it to function seamlessly for the most part, but because it’s not officially launched yet, don’t be surprised if you run into some kinks.

Nvidia says its service already has five million registered users who stream games for over 15 million hours each month—numbers no doubt bolstered by the hefty demand for games during a global lockdown. The company is adding six more European servers “shortly” to meet the demand, and partnering with companies around the globe to bring GeForce Now to other areas.

If you’ve been unable to get your grubby paws on a new GeForce RTX 3070 or RTX 3080, GeForce Now could be just the thing to hold you over, especially now that you can stream games to your iPhone or iPad. Head over to Nvidia’s GeForce Now website to sign up for the service. (Did we mention there’s an awesome free tier, and that this is our favorite game-streaming service by far for established PC gamers?) And if you were fortunate enough to snag one of Nvidia’s powerful new graphics cards, you can get in on the mobile streaming action too: Nvidia has been bundling a free one-year Founders Edition subscription to GeForce Now with every new high-end RTX 30-series purchase.