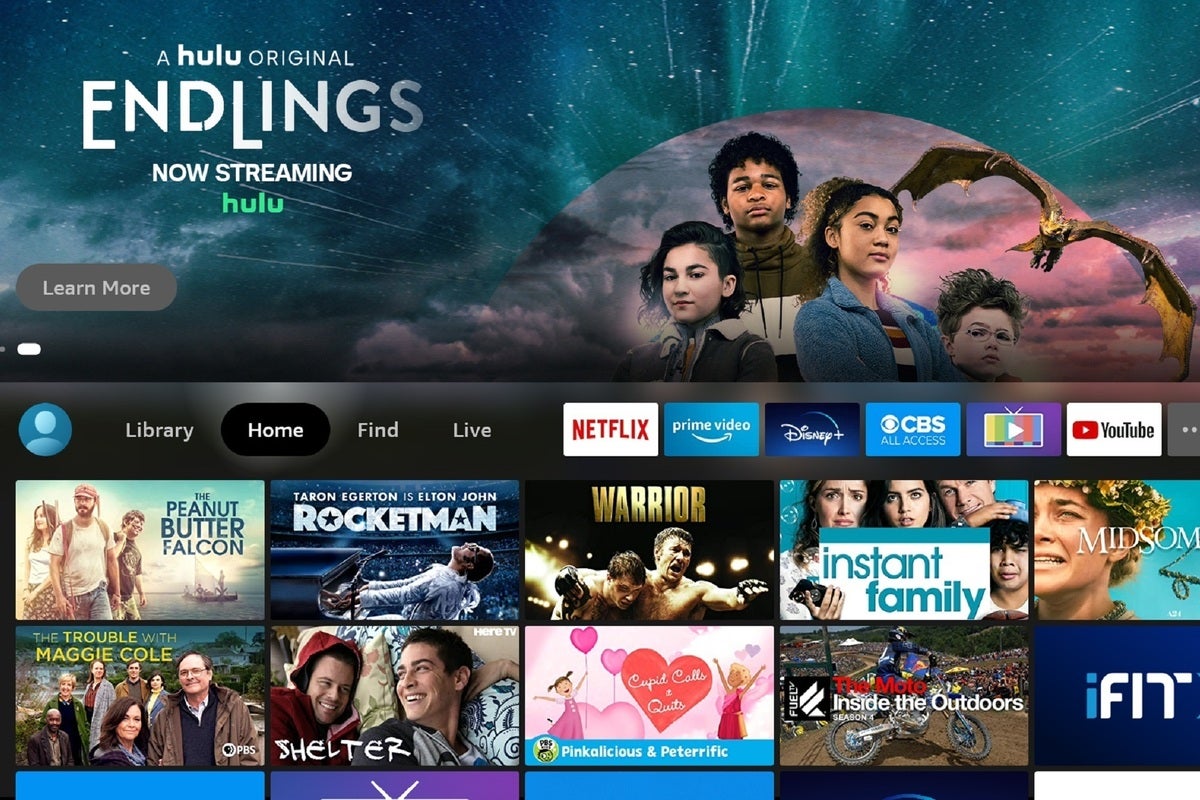 Amazon Fire TV users will start seeing a major change on their streaming players next month, as Amazon rolls out its biggest interface overhaul in more than four years.

The new Fire TV experience has been available on Amazon’s third-generation Fire TV Stick and Fire TV Stick Lite since December, but Sandeep Gupta, Amazon’s VP and GM for Fire TV, said in an interview that more devices will start getting the update in March. Those include the Fire TV Stick 4K, first- and second-gen Fire TV Cube, and the pendant-shaped Fire TV.

With the update, Amazon is trying to simplify its formerly chaotic menu system with fewer redundant sections and easier ways to browse for content. The new interface also adds system-wide user profile support, so that each family member can have their own personalized home screen.

“It’s a massive change in navigation model, in discovery, and everything else, and we wanted to make sure that customers got it, understood it, and liked where it’s going before we rolled it out to everyone,” Gupta said.

It’s certainly an improvement over the previous interface, but as I’ve found from using it myself, it also preserves a few of the Fire TV’s old frustrations.

That leaves just four main areas for navigation, including the Home section, the Library for video purchases and watchlist items, a Live section for linear video streams, and Find.

At the same time, Amazon has found more places in which to cram recommendations. Your six favorite apps now sit right next to the Fire TV’s top-level menus, and they can each suggest movies and shows to watch when you scroll over them. The aforementioned Find menu also has new genre-based categories, such as Drama, Westerns, and Comedy Movies.

Perhaps because of all these changes, users who’ve already received the update have been twice as likely to venture beyond the main home screen and into other parts of the interface, Gupta said.

“Quite frankly, a lot of [the old interface] wasn’t working for them, and it had gotten stale and repetitive, and they weren’t able to discover and find new content,” he said. “That’s really where we spent a lot of time to try and improve the experience.”

That’s not to say the new interface is a total triumph.

Like some of its competitors (most notably Google and its new Chromecast), Amazon is trying to solve the problem of having too many streaming apps to sort through. To that end, the Fire TV’s content recommendations come from lots of different sources, including Netflix, Amazon Prime, Hulu, Disney+, and CBS All Access.

But because Amazon doesn’t always specify where a recommendation comes from until you click on it, you can’t easily tell whether that selection will require yet another subscription or rental fee. Unlike on the aforementioned Chromecast or the TiVo Stream 4K, there’s no way to limit the Fire TV home screen to just the content you’re already paying for.

Gupta said the home screen is structured this way by design, as Amazon wants people to discover things on new services. Still, he says Amazon is working on ways to make those recommendations more relevant. For instance, the company just launched a “Dynamic Row” feature that arranges your home screen based on your viewing habits.

“When there’s a recommendation that’s not relevant, it feels like an ad, whereas recommendations that are relevant feel like a helpful discovery mechanism,” he said.

Technically, there is one way to filter out content that costs extra: Inside the Find menu’s Movies and TV Shows sections, you can flip on a “Free To Me” filter that only shows content from your subscriptions or ad-supported programming. And if you browse by genre, you’ll usually see a row of recommendations just from your subscription services.

But even these features are imperfect. I’ve found that they weigh heavily toward Netflix and Amazon Prime, to the exclusion of other services I’m subscribed to, including Disney+, CBS All Access, and Apple TV+.

Toward a better streaming guide

Those issues speak to a larger problem with Fire TV in general, one that isn’t at all unique to the new interface: It can still feel like more like a marketing exercise than an attempt to serve users.

The home screen continues to have banner ads and sponsored content rows, which you must scroll over to reach the recommendations further down, and content from Amazon Prime and Amazon’s ad-supported IMDb TV service seem to get more promotion than anything else. While other streaming platforms such as Roku and Google TV have their own ads and promos, Amazon’s approach feels more aggressive.

But perhaps this will start to change as streaming services start jockeying for better placement. On some level, the amount of Prime content on the Fire TV home screen feels like a holdover from when most other apps weren’t interested in that kind of aggregation. Traditionally, services like Netflix have been more intent on pulling people into their own apps than advertising content outside of them.

Gupta said those services are finally coming around, though. He noted that Hulu + Live TV saw a 50 percent increase in traffic when it added channels to the Fire TV’s “Live” section, and said streaming services are starting to see unified guides as a necessity for engagement. With any luck, the Fire TV experience will become more balanced as streaming providers insist on putting their content on display.

“You see more and more streaming services, more and more apps coming out, so where do people go to discover and find new content? That’s really where we spend a lot of time to improve the experience,” Gupta said.